News
Tips
Videos
You are here: Home > News > Now that the extremes are over... your soil is even more important!

Now that the extremes are over... your soil is even more important!

The recent period has been characterised by persistent drought. According to the weather stations, 2018 has been the driest year since 1976. Only 1921 and 1959 were drier over the whole year than 1976. However, there is a big difference between 1976 and 2018. 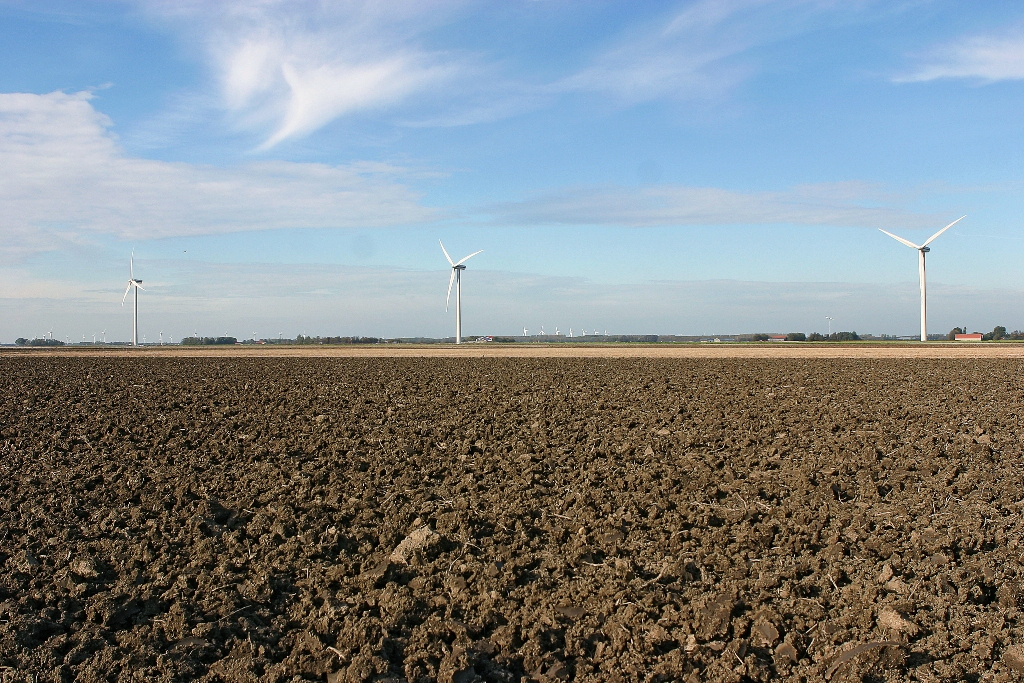 
Suddenly our crops could no longer access the water reserve!


Due to the large volumes of precipitation last autumn and winter, the soil was under a lot of strain. This also caused severe extra compaction. The structure of the soil was severely damaged. Could this have been prevented?

The impact of weather extremes on the soil can be reduced by optimising the soil’s structure. By creating the correct ratios in the soil, there will be space for water and air transport. The soil biology will function more effectively when the soil has not been compacted. This will also better facilitate root development. The roots can grow down easier and faster, so that the supply of moist is not compromised.

To ensure that such extremes will not cause major problems, a correct soil analysis and acquiring insight into the soil balance is the first - and perhaps the most important - step. The Kinsey-Albrecht soil analysis, which N-xt SoilService has been using for a number of years, provides a clear picture.


All blessings come from above: rain at last!


Now that it has finally rained again we must use this water as well as possible. N-xt fertilizers distinguish themselves in that they bind themselves to the soil. This means that the unused fertilizer is still largely available. This is particularly relevant when after the second cut the growth of the grass is disappointing because of the absence of moist. The crop can now access this fertilizer. The organic part of the previously spread slurry also becomes available to the crop. Now that the soil biology is being replenished with moist, we see that the soil processes are beginning to function again. It is extremely important that the roots become active again and can process the nutrients.
It is important to promote root activity as much as possible.


Rain is followed by extensive mineralisation, as a result of which a lot of nitrogen becomes available and crops make a growth spurt. Be aware of this and bear this in mind when manuring! The fast nitrogen sources in particular can create a high OEB in silage.

Organic nitrogen sources, such as the N-xt fertilizers and the organic nitrogen released from slurry and the soil biology, are absorbed in more even quantities by the crop and ensure healthy and balanced growth.
Soil-based growth yields the quality that is so badly needed.


The soil is gradually moving on to its autumn activities


It is not just the agricultural businesses that embark on their autumn activities. In a number of places harvesting began in the past period.  Even the first corn has already been harvested. The autumn is also starting in the soil. After the harvest many crop remains are left behind, all of which have to break down in order to serve as a source of nutrients for a successive crop such as green manure. It is important that this process takes place quickly because of disease pressure, as many plant pathogens survive on old stubble and crop remains. Fast decomposition has a positive effect on the resilience and fertility of the soil. Encourage decomposition! Prevent rotting!


The proper breaking down of organic matter is all-decisive in the formation of humus. The soil actively processes the old material in the autumn by breaking it down and converting it into fertile humus. Humus can retain a lot of moisture without saturating the soil. Humus is formed most efficiently when the soil biology is correctly stimulated.

The new Ferti-Line products of N-xt respond to these soil processes. Ferti-Soil is an important product in this respect. It promotes the development of organisms that are responsible for the conversion of crop remains into humus. Proper decomposition builds up the soil. Rotting processes encourage negative processes that affect the successive crop.

We recommend: spraying one to two litres of Ferti-Soil per hectare on crop remains to actively stimulate decomposition.
Rotting is negative! Decomposition is positive!


Admire and appreciate the soil biology

We recommend: spraying 20 litres of Ferti-Life per hectare in the autumn.
The soil biology constitutes the undervalued workers of each farmer.


The extremes are over


The past 12 months have shown the importance of a good soil structure and an active soil biology. In September we started with extreme precipitation, and in the 12 months that followed we were faced with extreme drought.

To make the soil resilient to such extremes it is necessary, more than ever before, to handle the soil with attention and respect. Supporting the soil biology is the most important tool for this purpose. With N-xt SoilService and N-xt Fertilizers we offer you all possible support in this respect.
Our advisers will be delighted to give you further information about the options N-xt can offer to cope with extremes!