Texture is the grain-size composition of the soil. Does a soil consist mostly of clay (lutum), loam or silt, or of sand? The texture of a soil is difficult to influence with measures, but it does have a significant impact on the properties of that soil.

Clay particles that are smaller than 0.0002 mm cannot be seen with the naked eye. However, these particles do retain plenty of water and nutrients. Particles between 0.002 and 0.05 m are called silt or loam. They are also too small to see with the naked eye. Soils with lots of silt and loam have small pores that retain plenty of water and the particles themselves also retain nutrients. However, soils with lots of silt and loam are prone to compacting and collapse. Particles between 0.5 and 2 mm are known as sand, and we are perfectly capable of seeing grains of sand with a naked eye. Sand retains relatively little moisture, because the surface area is small in relation to its volume. There are pores between the main grains that are useful for water drainage. Sand makes a soil sturdier, but it does not contain any nutrients for a plant. If particles exceed > 2 mm we talk about gravel and stones. 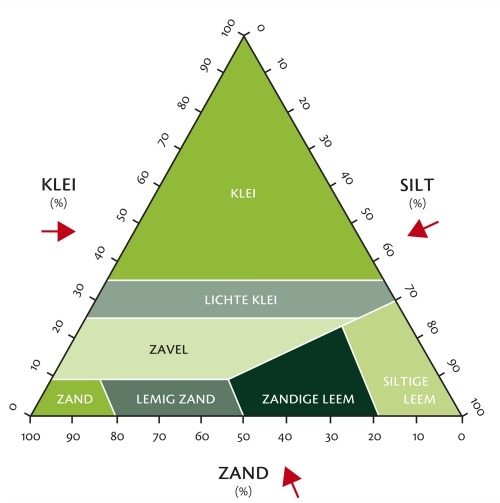